Mike Curtis @MikeACurtis2
The #Pistons have announced the signing of Kevin Knox and re-signing of Rodney McGruder. pic.twitter.com/qP2adsZgj6 – 10:16 AM 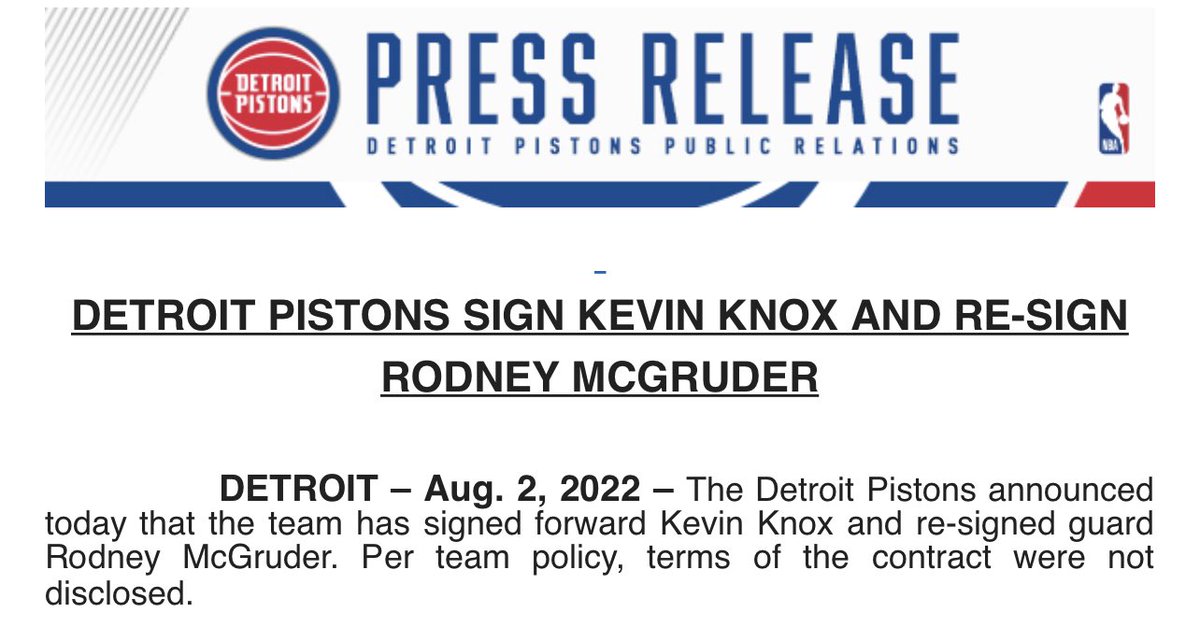 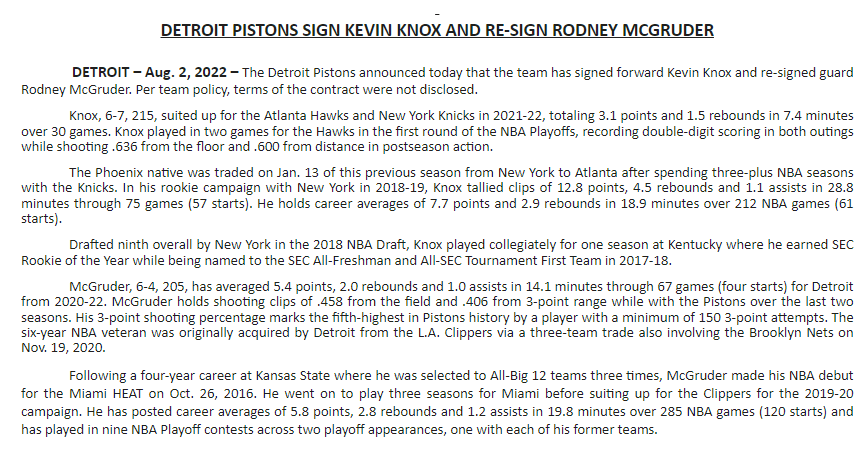 Mike Curtis @MikeACurtis2
From last night: The Pistons re-signed Rodney McGruder and finalized the addition of Kevin Knox yesterday, creating a logjam on the depth chart headed into next month’s training camp. detroitnews.com/story/sports/n… – 8:19 AM

Rod Beard: The #Pistons have 16 players under contract — one more than the 15 allowed — but there’s no need to fret. McGruder’s contract is likely nonguaranteed, and there’s still some roster movement possible (if you’ve been around Troy Weaver enough, you know that’s highly probable). -via Twitter @detnewsRodBeard / August 2, 2022

Shaq calls out Kevin Durant, says he should stay in Brooklyn

Cavaliers don’t intend to bring back LeBron James, per report

Spurs vs. Rockets: Play-by-play, highlights and…

Gordon Hayward (knee) to miss preseason game but is upset…