Draft prospect Kennedy Chandler is one of the most intriguing point guards in the draft.

NBA talent evaluators view Chandler, who was named SEC Tournament MVP in his lone season with Tennessee, as a shifty point guard with good scoring ability who thrives in pick-and-roll sets, changing speeds, and is a disruptive defender who gets into passing lanes.

He’s already worked out for several teams in the teens, including the Hawks, Hornets, Cavaliers, Rockets, Bulls, and the Bucks and Spurs in the 20s.

While traveling between workouts, Chandler spoke with HoopsHype in a phone interview about how Rick Barnes coached him behind the scenes, answering criticism about his size as a point guard, comparisons to two All-Star point guards, and more.

Who is Kennedy Chandler off the court?

Kennedy Chandler: Off the court, I’m a fun guy to be around and a great teammate. I’m a teammate that you can talk to about anything when you’re going through a rough time and who’s there to help.

What did playing with the USA Basketball Men’s U19 Team and winning a gold medal at the 2021 FIBA U19 World Cup do for your game?

KC: It was a great experience to play in Europe for the first time. My goal was always to win a gold medal. We had a very talented team. Most of those guys are in this draft class now, which is crazy. I feel like they let you play over there a little bit more physically. The rules are different out there, like when the ball is on the goal (rim), you can knock it out. It was nice playing against those teams who have great chemistry and have played with each other for a very long time. I didn’t take playing against those teams for granted.

How was it dealing with the expectations as the nation’s top point guard in your class? 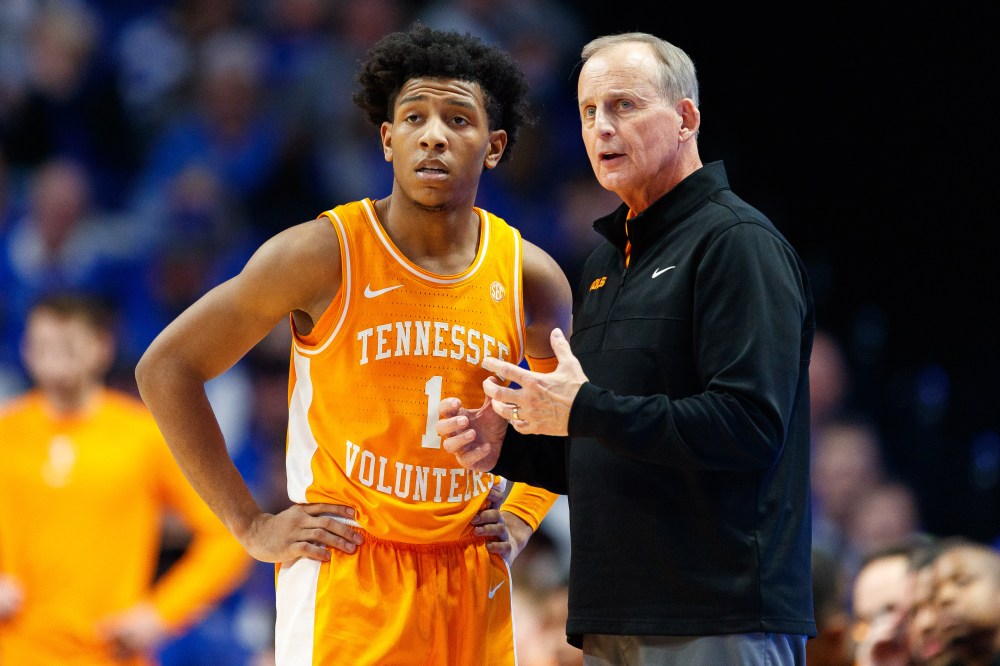 KC: The first thing I did when I stepped on campus was I told coach Rick Barnes that the goal I wanted to achieve when I was there was for him to push me, challenge me every single day and that I wanted to win an SEC championship and then the national championship. He challenged me every single day in practice, and he never took his foot off the gas. I thank him for that. I learned a lot from him throughout that year there, and he said the same thing about me being a better player on and off the court. We won the SEC championship. They hadn’t won it since 1970-something. That was a big goal for us to achieve and a really fun team to play for.

How did your one season at Tennessee mold you into a better player under Rick Barnes? What did you learn?

KC: When I got to Tennessee, I didn’t have a mid-range game. I learned how to have a mid-range game on offense and where to get my shot off. My mid-range game improved, and I started taking the shots more. I watched film in high school, but I didn’t watch as much film as I did in college. Coach Barnes and I started watching a lot of individual film together. It really helped me as a player, learning what different reads you’d see every game. It helped me grow as a player.

You had a viral moment where you cried after losing to Michigan, and Juwan Howard consoled you. What was going through your mind at that moment? 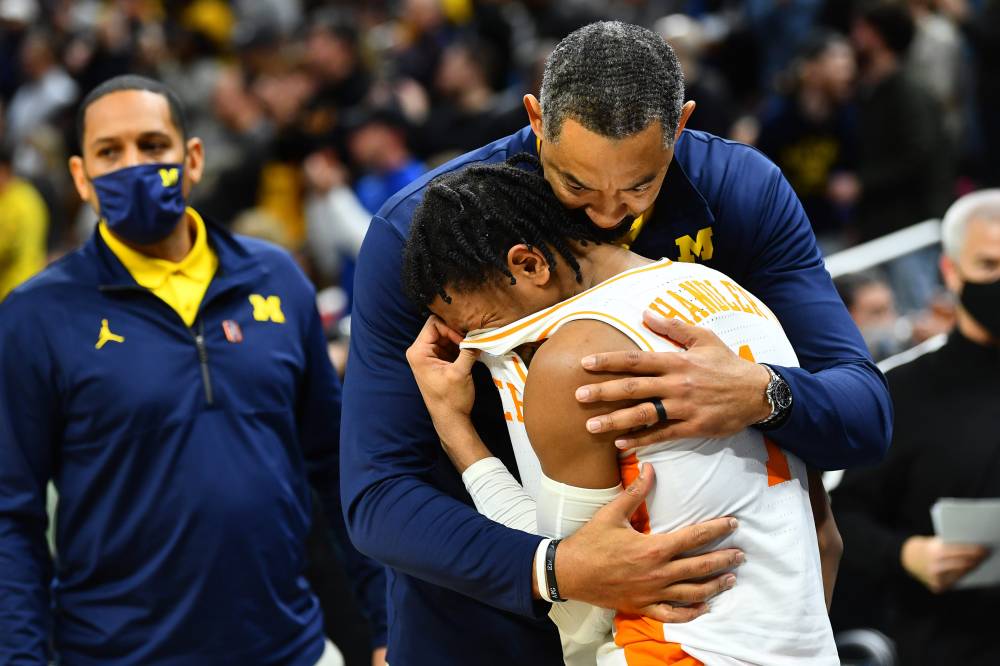 KC: That was a very emotional moment. I knew that we lost the game, and I didn’t want to lose because I wanted to win an SEC and national championship. Knowing that would be my last time playing with all the guys on my team really hurt me. It shows my competitiveness and how much I want to win every single game. I’ve known Juwan Howard since I was in fourth grade. I played with his youngest son, Jett, in AAU. I’ve known Juwan for a very long time, and he recruited me as well. We’re very close and like family.

Was that because you’ve won a lot in high school?

KC: I’m a winner. My sophomore year (high school), I won a state championship and Peach Jam championship at NIKE EYBL. My senior year, I think we lost only three games. We went all the way to the Geico national championship but lost. For Sunrise Christian (his high school senior year), they never did that before as a program. At Tennessee, we won the SEC championship my freshman season. I feel my whole resume from high school to college is really good and shows how much of a winner I am. Coming to an NBA team, I’ll bring that mentality to a team and want to win every game.

When did you realize you could be an NBA player?

KC: I just always wanted to push myself, and it was a dream of mine ever since I was a kid. I talked with my family a week after the season about deciding if I wanted to go to the NBA or not. I talked to coach Barnes and got his opinion on it. He thought I was ready to go to the NBA, and he knew all my hard work paid off.

Did you have any doubt or adversity along your journey to becoming an NBA player?

KC: For sure. I don’t think you realize that at college, you’re going to have your ups and your downs. Not every moment, you’re going to have a good game. You’re going to have a bad game. You have to fight through adversity. For me, during the Texas game, coach Barnes didn’t play me the last three minutes of that game, and we lost by one point. That was a time when I handled adversity. TJ Ford talked to me after the game, saying basically, it was a learning experience. From that game on, coach Barnes told me the same thing. He said the way that game changed me helped push me. He didn’t want me out those last three minutes, but he had to do what was right. I feel that was a game that hit me. I wanted to win that game because we were at Texas since he used to coach there, and I wanted to get that win for him. Ever since that game, me, as a player, and the team took off.

People question your size for the point guard position at the NBA level. What do you say to those critics? 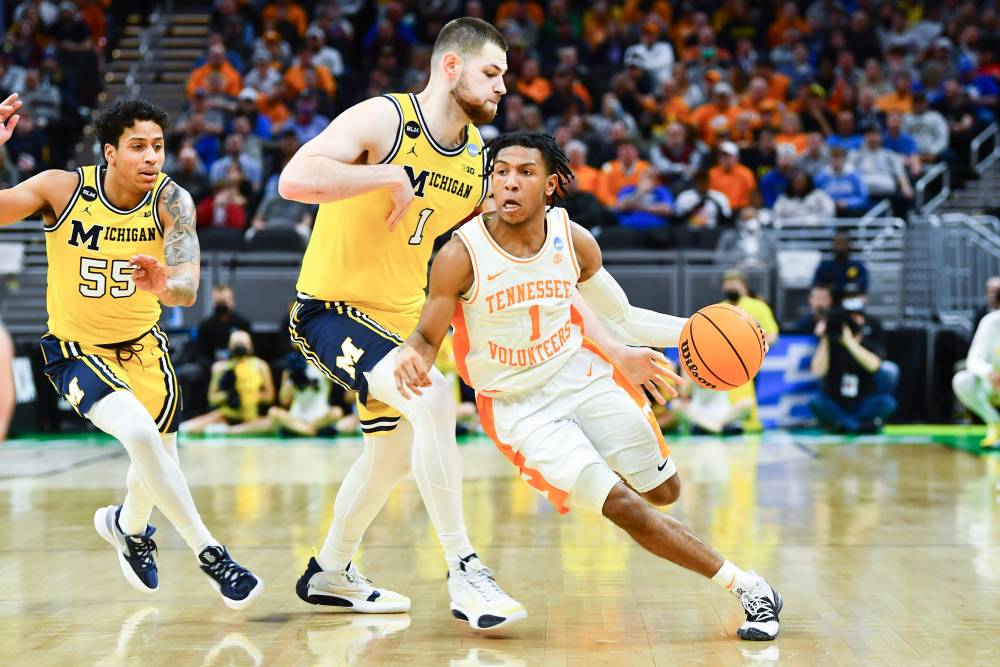 KC: My whole life people have criticized that about me. I made it at every single level, and I’m going to do the same in the NBA. I use my quickness, and I’m able to stand my ground (on defense). Guys in college wanted to post me up, but I never let that happen. I feel like the weight room in the offseason has helped me get so much stronger. I’ve gained seven or eight pounds. Size is nothing to me. If I have to prove people wrong again, that’s what I’m going to do. I’ve done it my entire life. You have small guards like Chris Paul, my favorite player, Jeff Teague and Tony Parker. Those guys had questions about their size too. Jalen Brunson and Jordan McLaughlin too. I feel like I’m in the same position they were. They proved people wrong, and It’s my time to step up and prove people wrong as well.

How can you contribute to an NBA team next season?

KC: I feel I can bring great minutes as a point guard with great energy. I’m a great defensive player that’ll get up into the ball. I do what it takes to get the job done. That’s been my mindset since high school. I’ve done it at every level, and I’m willing to do it at the NBA level as well.

Who would you compare your game to that’s in the league now, or that’s retired and why? 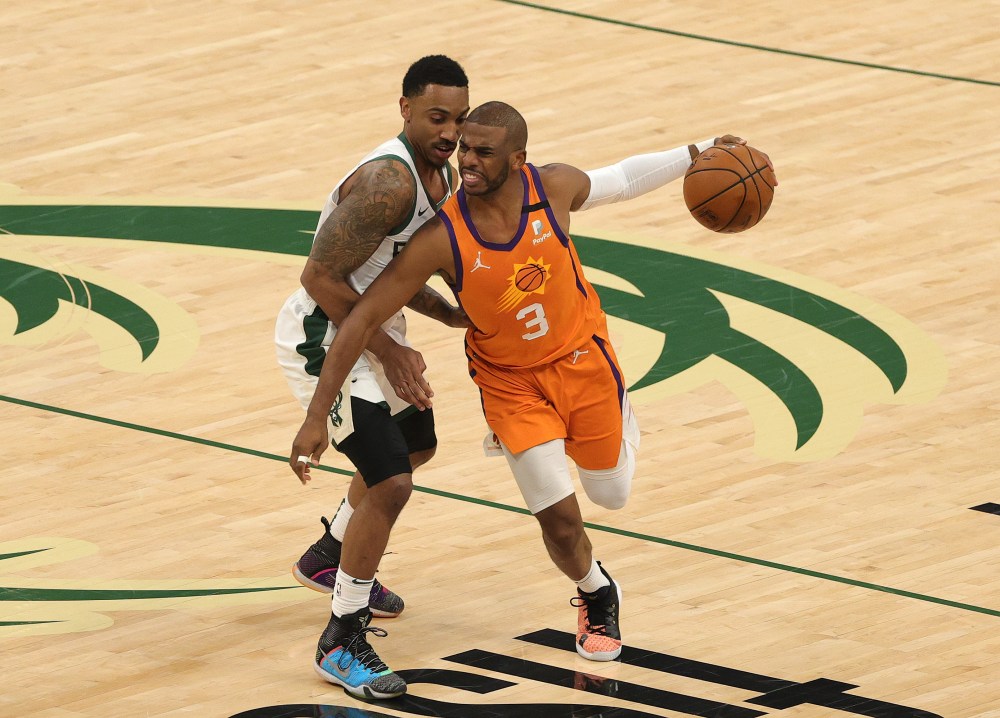 KC: I compare my game to Chris Paul. That’s who some people compare me to with his pick-and-roll game. I feel I can read pick-and-rolls with a high IQ level. I have a little bit of Jeff Teague too. He was small and athletic. He was shifty in how he could score the ball.

Do you have any upcoming NBA workouts?

How did you feel about not getting a green room invite?

What do you want to accomplish in your career?

KC: Knowing all the hard work paid off. Have no regrets and know that when I retire that I did everything I could and pushed myself every single day. I didn’t stop working and didn’t stop being the player I’ve been my whole life. My goal is to win an NBA championship before I retire.

Is there anything else you want to add?

Brittney Griner is sentenced to 9 years in prison

Enes Kanter Freedom reacts to a possible trade for…

Giannis: “Step by step, we have to get better.”

Brittney Griner is sentenced to 9 years in prison