PJ Tucker expected to play in Game 3 vs. Celtics


Chris Haynes: The swelling in left knee of Miami Heat forward P.J. Tucker has subsided, allowing him to bypass an MRI and he intends to be available for Game 3 tomorrow against Boston Celtics, league sources tell @YahooSports, @NBAonTNT.
Source: Twitter @ChrisBHaynes

Joe Vardon @joevardon
The Heat say Kyle Lowry (hamstring) is questionable to play in Game 3 Saturday against Boston. Big news, as he’s yet to play in the conference finals and has missed the last four games. PJ Tucker (knee) is also questionable. – 5:38 PM

Jay King @ByJayKing
Kyle Lowry and PJ Tucker are both questionable for Game 3, per the Heat. – 5:20 PM

Wes Goldberg @wcgoldberg
Here’s the play where PJ Tucker hurt his left knee. You can see him grab at it after closing out on Horford. And we clearly limited for the remainder of the first half. pic.twitter.com/I63ng8lHbf – 11:06 AM

Joe Vardon @joevardon
‘They set out to embarrass us. They did embarrass us.’ Jimmy Butler sounds off after Celtics destroyed his Heat in Game 2; PJ Tucker to seek MRI on his knee @The Athletic theathletic.com/news/celtics-h… – 12:03 AM

Jared Weiss @JaredWeissNBA
PJ Tucker is out for the game with a left knee contusion – 10:23 PM

Tim Bontemps @TimBontemps
Looks like Jayson Tatum got poked in the eye by PJ Tucker on that last drive, or hit near his eye. He was grabbing at it during that entire exchange. – 9:44 PM

Jared Weiss @JaredWeissNBA
Grant Williams hitting PJ Tucker with the too small is a glitch in the matrix – 9:43 PM

Mark Murphy @Murf56
Rather rough start for Rob Williams, including getting beat by PJ Tucker for an offensive rebound and foul. – 8:59 PM

Jay King @ByJayKing
PJ Tucker being super aggressive so far. Celtics are going to have Robert Williams on him with this starting lineup and he’s tried to make a couple of plays off the bounce already. – 8:49 PM 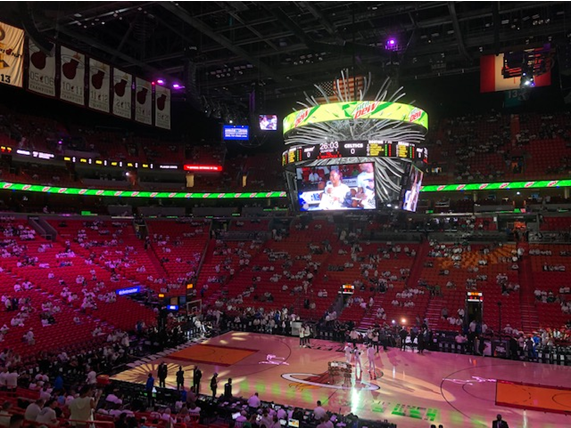 Wes Goldberg @wcgoldberg
I’ll again be helping with Heat coverage for the @MiamiHerald tonight, along with @Barry Jackson and @Anthony Chiang. ICYMI, wrote about PJ Tucker after Game 1. miamiherald.com/sports/nba/mia… – 1:03 PM

Wes Goldberg @wcgoldberg
my favorite exchange from last night in which i got PJ Tucker to finally admit that there is a genie in the Heat’s locker room, as we all suspected. pic.twitter.com/TPmDPlKrSu – 7:52 PM

Brady Hawk @BradyHawk305
PJ Tucker on this playoff run defensively:
– Held Trae Young to 29% shooting along with 6 turnovers
– Joel Embiid shot 20% when he switched onto him
– Forced James Harden into 8 turnovers when he was defending
– Jayson Tatum starts off this series 0 of 3 with 2 turnovers – 10:42 AM

Scott Cacciola @ScottCacciola
After turning his ankle, PJ Tucker spent the rest of the game trudging around the court like a dump truck with a flat tire. His impact, though, was enormous: nytimes.com/2022/05/18/spo… – 10:21 AM

Brady Hawk @BradyHawk305
Jayson Tatum with PJ Tucker defending in game 1:
0 of 3 shooting
2 turnovers
The 0 makes isn’t the impressive part
The fact he only took 3 shots when he was on him is the wild part – 10:10 AM

Tim Reynolds: PJ Tucker, Kyle Lowry (and every other Heat player) are on the plane to Boston today. -via Twitter @ByTimReynolds / May 20, 2022