The Lakers may be willing to take that leap of faith because Ham spent two years with the organization. His personality isn’t easily forgotten. Ham brings a lot of energy to a gym. He’s arguably the best fit for the locker room, with veterans like LeBron James, Anthony Davis and possibly Russell Westbrook in need of a coach they can relate to and respect. “He’s the guy LeBron wants,” a competing source said. It will be up to Ham to spell out his basketball vision, in general and in context to the Lakers’ roster makeup. He could be the hire if he can sell that side to the team’s front office.
Source: Eric Pincus @ Bleacher Report

Chris Palmer @ChrisPalmerNBA
If Steph wins his 4th ring and picks up Finals MVP here are the only players I rank above him: Jordan, LeBron, Kobe, Magic, Kareem. – 12:02 AM

James Boyd @RomeovilleKid
When teams hunt Luka on defense, I just think about the gap there is even between him in his prime and prime Bron, Kobe, Giannis, etc. Ain’t nobody hunting an All-Defensive guy. – 11:34 PM

Krishna Narsu @knarsu3
Horford was 1st in the league in D-LEBRON and did not make an all-defense team. – 8:43 PM

Sam Quinn @SamQuinnCBS
I’ve been sick in bed basically all week so I’m not really following news as closely as I normally would, but I was pleasantly surprised to hear Darvin Ham was a favorite for the Lakers job. He’d be my pick among the favorites. – 4:31 PM

Kamenetzky Brothers @KamBrothers
Re: today’s news, who do you guys like best for the Lakers new coach? Darvin Ham, Terry Stotts, or AK’s radical plan where Westbrook opts out, retires, creates $19M of cap space, and gets a $47M coaching contract? @LockedOnLakers @LockedOnNetwork @ESPNLosAngeles @LockedOnNBAPods – 2:07 PM 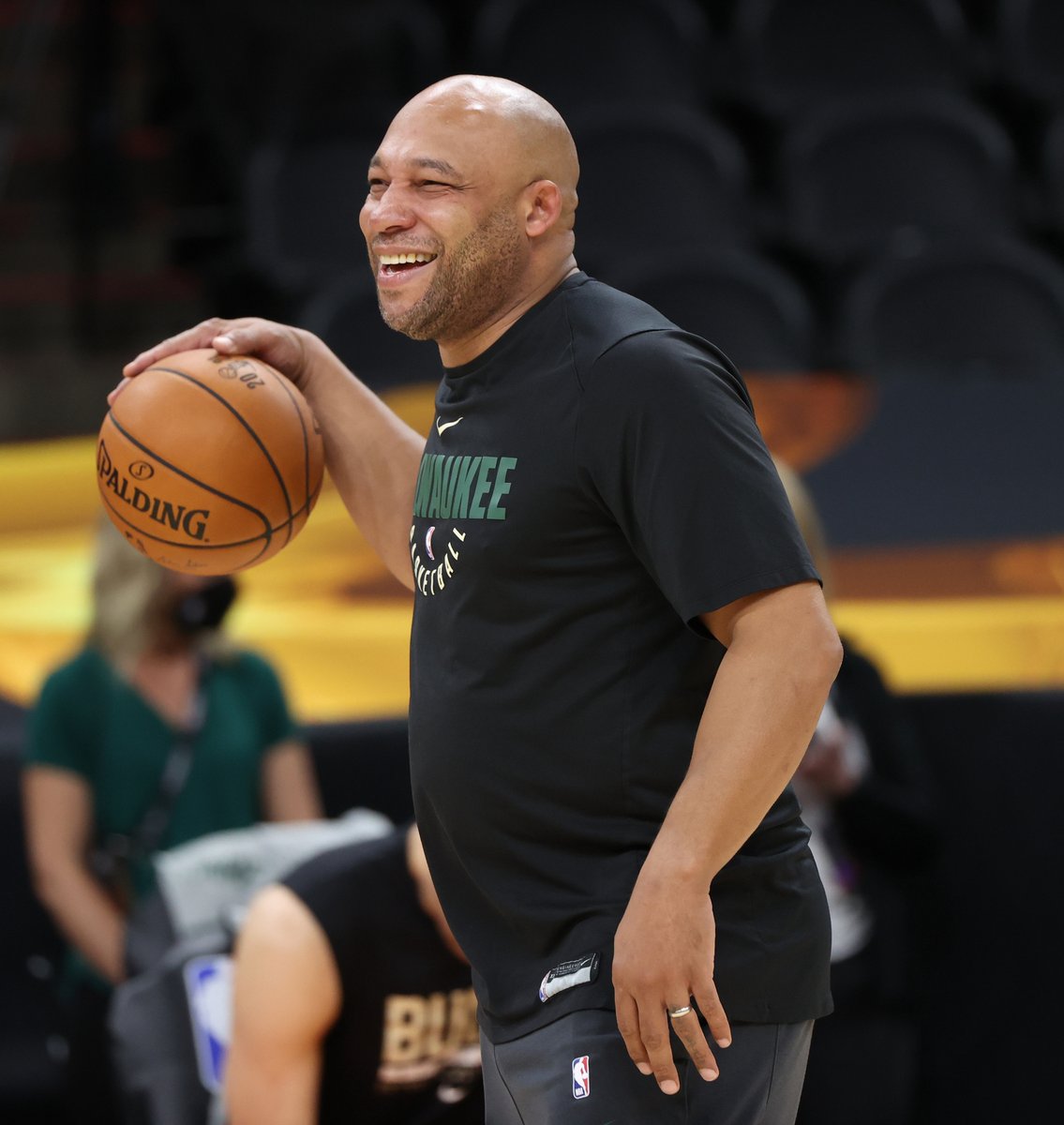 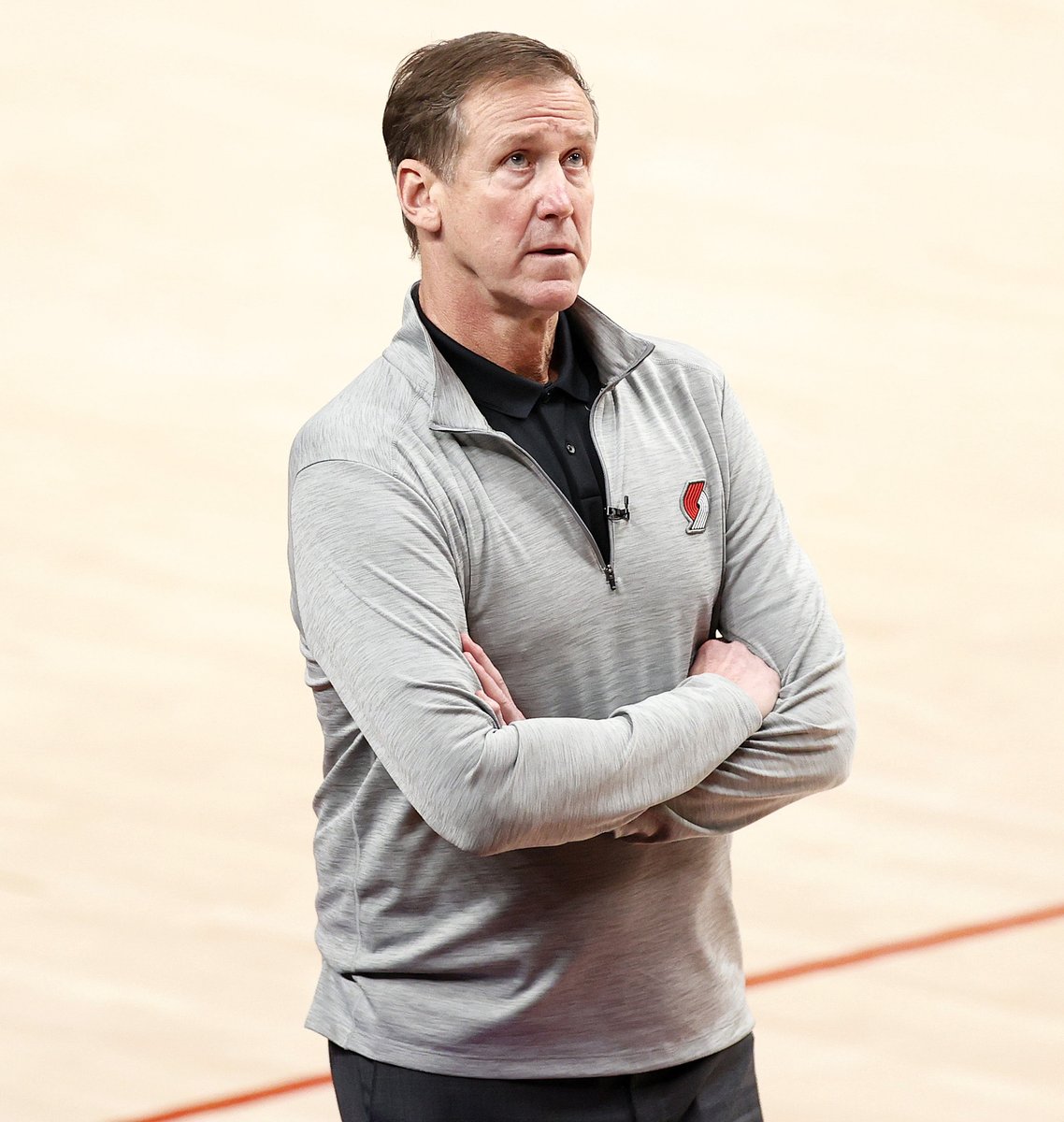 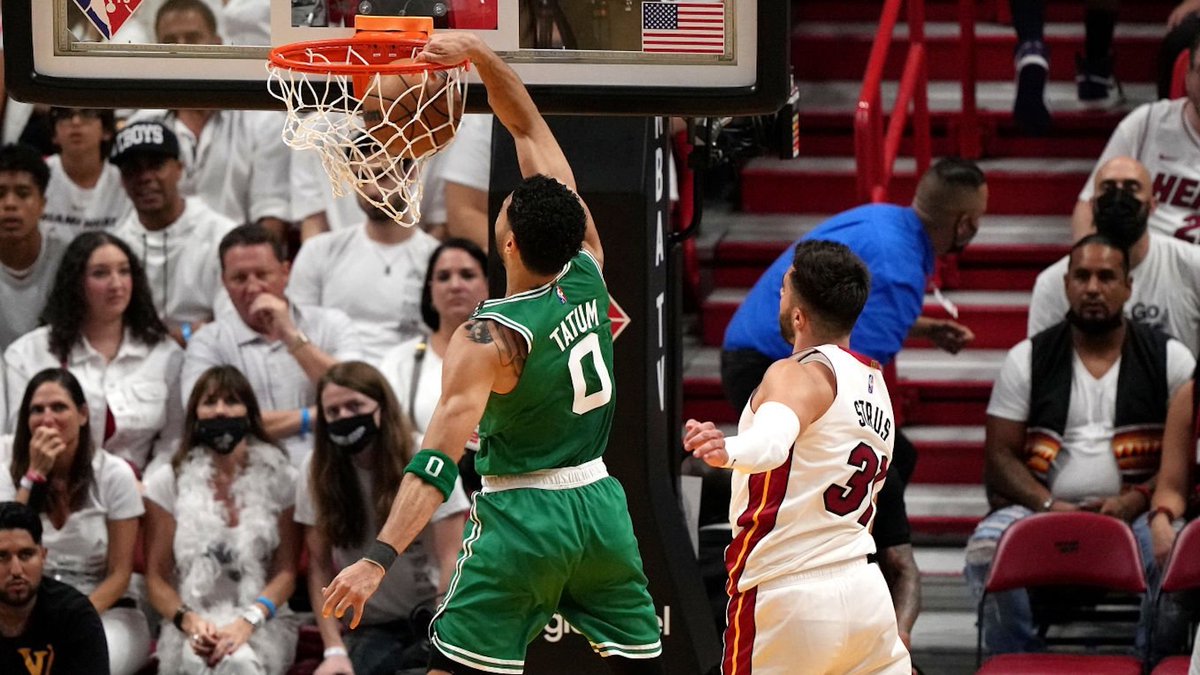 LeBron James @KingJames
The illegal screening in our game is crazy!! Needs to be a point of emphasis – 9:36 PM

LeBron James @KingJames
But sometimes you just want to be alone 💭 – 5:00 PM

Adam Zagoria @AdamZagoria
Bronny James will headline ⁦@TheBattleUS⁩ this weekend in NYC and it sounds like LeBron could make an appearance pic.twitter.com/E4Jklc7ews – 12:14 PM 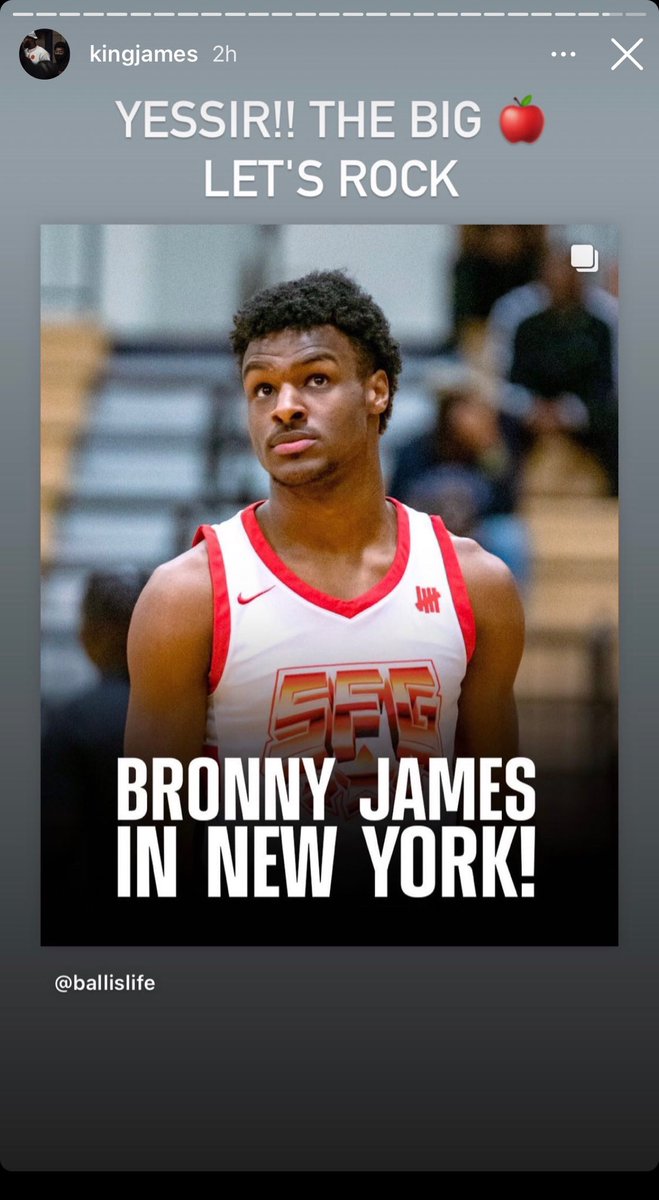 Tommy Beer @TommyBeer
In each of the last four years, the winner of the NBA’s MVP award was a player originally drafted outside the lottery.
The last No. 1 overall pick to win MVP was LeBron back in 2012-13 – 10:32 AM

Dwain Price @DwainPrice
Jason Kidd on who Luka reminds him of: “Luka reminds me of Luka. He’s one of a kind. You can compare him to the shooting of Larry Bird, his smile of Magic (Johnson), his play-making ability of Magic. A current player — LeBron. He just doesn’t jump as high as LeBron.” – 8:33 PM

Melissa Rohlin @melissarohlin
When Jason Kidd was asked who Luka Doncic reminds him of, he mentioned a few players, including LeBron James.
“Just doesn’t jump as high as LeBron.” – 7:39 PM

Marc J. Spears @MarcJSpears
Jason Kidd says Luka is a combination of Bird, Magic and LeBron (although not athletically). – 7:38 PM

Joe Vardon @joevardon
Jayson Tatum was a baby by NBA standards when LeBron James terrorized his Celtics in the Eastern finals. As Tatum comes of age as an MVP candidate, he’s met a new nightmare: Jimmy Butler. Final Thoughts from Game 1, ⁦@The Athletic⁩ theathletic.com/3318511/2022/0… – 11:54 AM 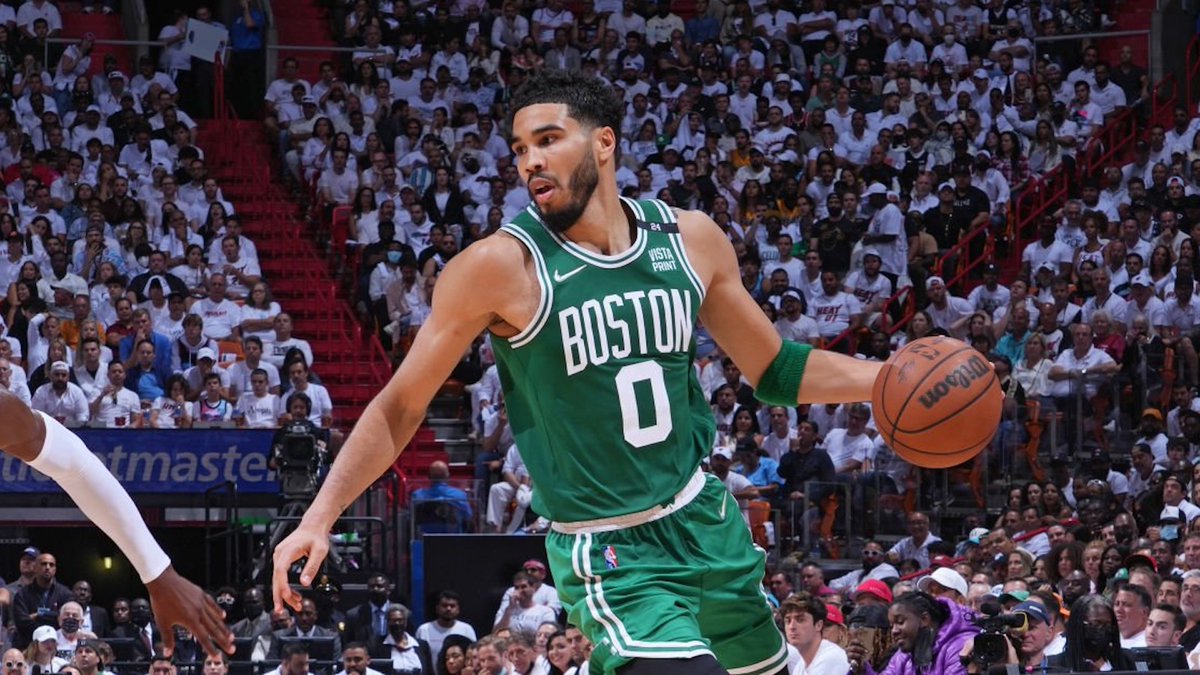 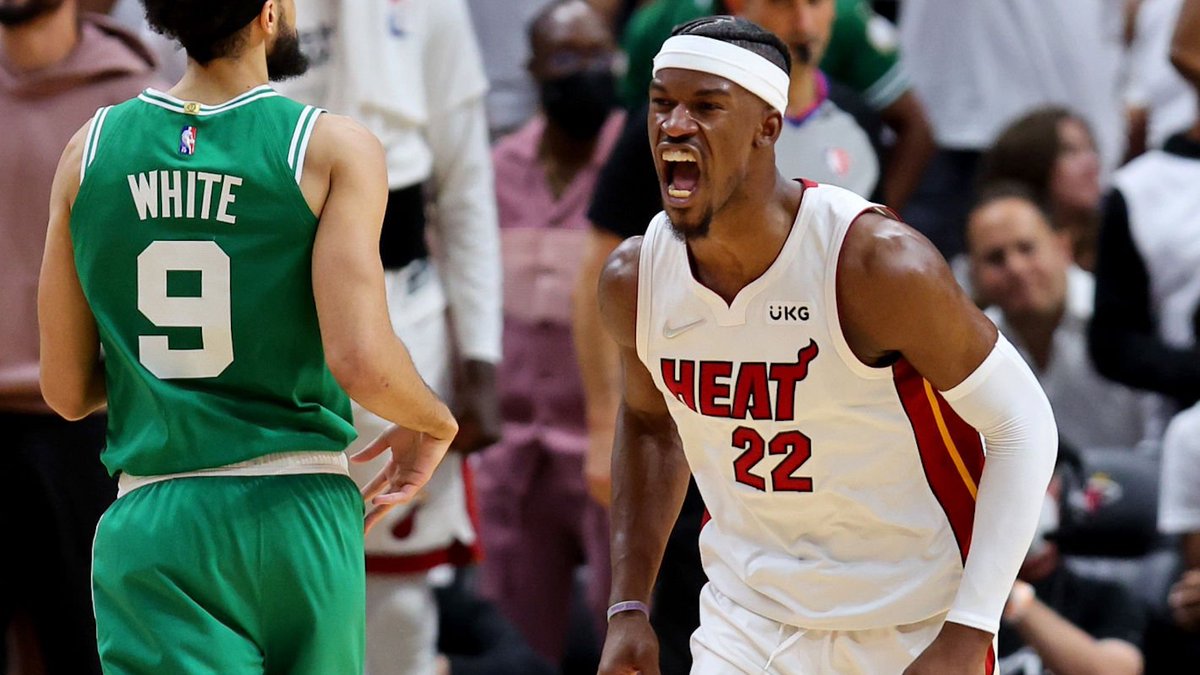 Micah Adams @MicahAdams13
Jimmy Butler is having an all-time postseason.
LeBron. Jordan. Kawhi.
The only players in modern NBA history with a higher BPM than 2022 Playoff Jimmy. pic.twitter.com/OUlOtVX5Cr – 7:56 AM 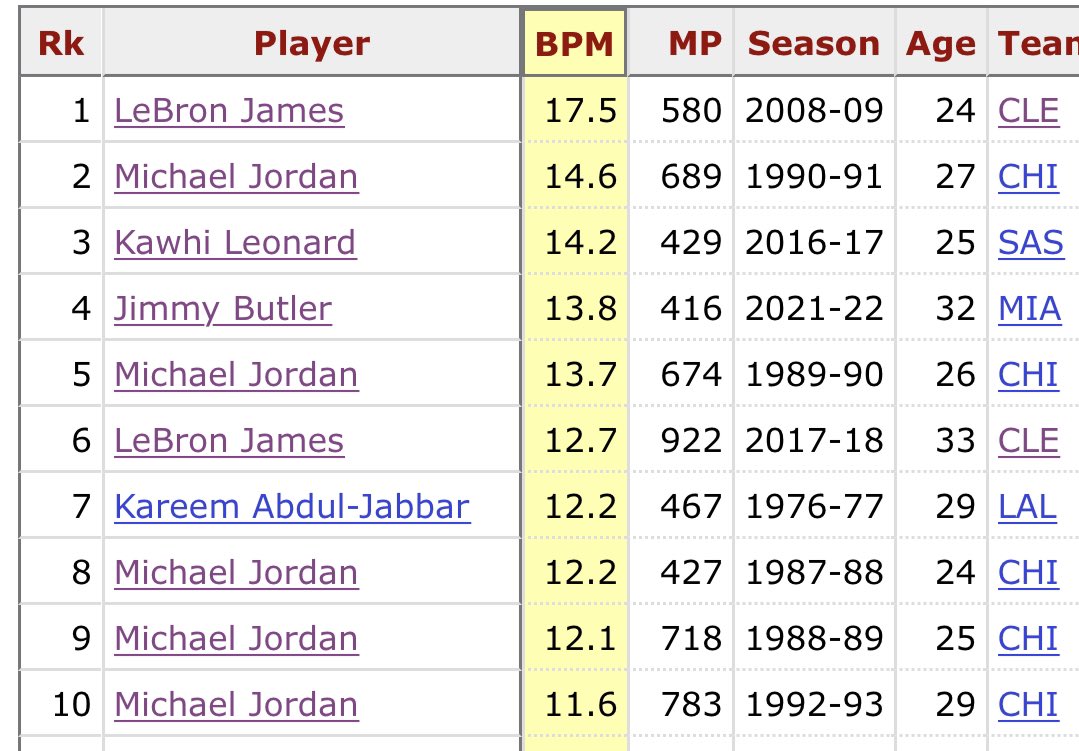 Stotts may be the opposite of Vogel, a high-level defensive coach with a limited offensive repertoire. If Stotts is the hire, the Lakers should pair him with a high-level lead defensive assistant. Some sources wondered if Stotts would struggle, like Vogel, to command the locker room’s respect, although he worked well with Lillard for a long stretch. -via Bleacher Report / May 21, 2022

He also has a reputation for being a bit headstrong or rigid in personality. He’s going to demand respect, but he’s going to need to clarify precisely why he and the Nets divorced in-season. Is he the right coach for star players with strong personalities like James? Atkinson may have the most outside-the-box style of the three finalists. Per a competing source, he’s similar to Toronto Raptors head coach Nick Nurse, willing to experiment with unconventional strategies to win by whatever means necessary. -via Bleacher Report / May 21, 2022

The notion of Russell Westbrook remaining part of their program is seeming more real all the time. Despite the widely held belief that the Lakers would find a way to trade Westbrook before the start of next season, sources say their coaching candidates have been asked to discuss how they would use him in their system during interviews. The takeaway for candidates, it seems, is that maximizing Westbrook’s presence after his disastrous 2021-22 season is considered an important part of this job. -via The Athletic / May 16, 2022

Darvin Ham has made the ‘strongest impression’ on the Lakers