Five takeaways from Indiana’s loss at Iowa – Inside the Hall 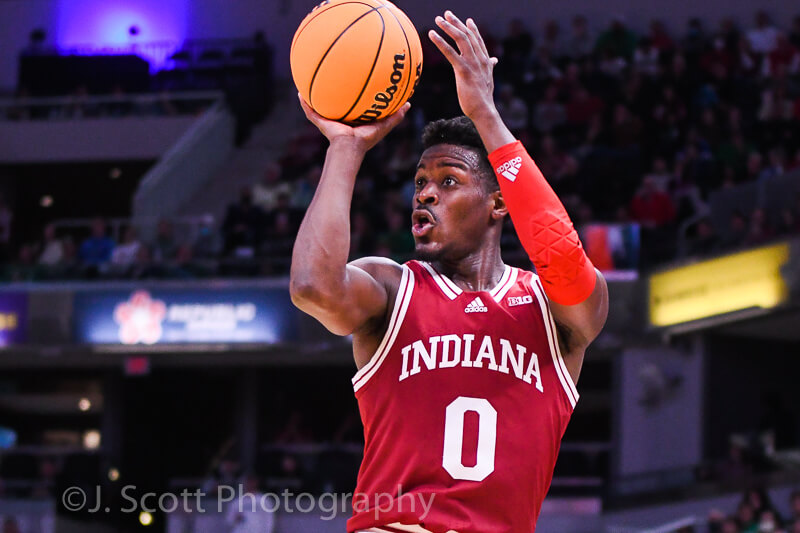 Indiana fell to 0-4 in road games with its 83-74 loss to Iowa on Thursday night at Carver-Hawkeye Arena. The Hoosiers led by seven at halftime but were outscored by 16 in the second half in their most lopsided loss of the season.

The loss dropped Indiana to 12-4 overall and 3-3 in Big Ten play with a road game looming at Nebraska on Monday.

Here are five takeaways from the loss to the Hawkeyes:

Indiana once again wilts down the stretch

In what has become a pattern on the road this season, Indiana was again unable to make key plays in the second half on Thursday to secure a win away from Assembly Hall.

This loss somewhat resembled the debacle at Wisconsin when the Hoosiers surrendered a 22-point first half lead in a five-point loss. While Indiana wasn’t as good in the first half in Iowa City as they were in Madison, the second half collapse was just as concerning.

The Hoosiers led 43-32 with 2:25 to play in the first half and were outscored 51-31 the rest of the way. Indiana has now had multiple chances to learn from its self-inflicted mistakes in road games, but the progress has been minimal. Mike Woodson has reiterated that he needs to get his team “over the hump,” but last night was a step backward.

Indiana only scored 26 points in the second half of Thursday’s loss, missed six free throws and committed 14 turnovers. When Iowa applied pressure defensively, Indiana crumbled. The on-floor leadership was lacking when things got tough and any adjustments missed the mark as Iowa took control over the final 20 minutes. As good as Indiana has been at home this season, an inability to win on the road could be its undoing if the trend continues.

After a three-game improvement, turnovers again rear their ugly head

Thursday, however, was a regression to some of its early-season struggles taking care of the ball. The issues weren’t limited to one or two players, either.

Nine different players committed a turnover in the loss. For the game, Indiana turned it over 23 times, leading to 34 Iowa points.

Indiana’s turnover percentage in the game – 31.8 – was its second-highest of the season and highest thus far in a Big Ten game.

Indiana’s point guard play, which has proved to be inconsistent through 16 games, was full of issues in Thursday’s loss.

Xavier Johnson only played 24 minutes as fouls limited him at different portions of the game. Johnson committed four fouls in the loss and posted a final line of seven points, four rebounds, four assists and two steals. But his shooting (2-of-7) wasn’t great and he had four turnovers after committing a total of four turnovers over the previous four games.

And Rob Phinisee, who has played better recently, played one of his worst games of the season. Phinisee’s -17 plus/minus was the worst on the team. He was just 1-of-5 from the field and like Johnson, had four turnovers.

“Eight of those (turnovers) came from our guys out front, our guards Rob and X,” Woodson said postgame. “That can’t happen. I got to get more leadership there in terms of them being able to calm the storm, get the ball up and execute something to get us you know an opportunity to at least score the ball.”

Another strong performance for TJD

Iowa did a good job of limiting touches for Jackson-Davis, who only took eight shot attempts. Jackson-Davis did get to the free throw line for 10 attempts but converted on just six of those chances.

The most improved part of the Center Grove product’s game continues to be his presence as a shot blocker. Jackson-Davis had five blocked shots on Thursday, the fourth time this season he’s recorded five or more blocks in a game.

Through Thursday’s games, Jackson-Davis has the second-best block percentage of any player in Big Ten play (9.4) and sits at fifth in Ken Pomeroy’s national player of the year standings.

Kris Murray – not Keegan – goes off for career-high

Keegan Murray, a likely first round pick next summer in the NBA draft, was limited to 22 minutes on Thursday due to fouls.

His identical twin brother, Kris, was there to pick up the slack.

The lefty forward showed no fear in attacking the rim and Indiana had no answer for his athleticism or aggressiveness. Kris Murray was 10-of-13 on 2s in the win and also knocked in two 3-pointers. His 11 rebounds were also a team-high as were his three blocked shots.

Indiana beats itself in loss at Iowa – Inside the…

The Minute After: Iowa – Inside the Hall

What to expect: Iowa – Inside the Hall

Giannis Perfect From the Line; Bucks Lose to Raptors

Saturday women: Fourth to be reckoned with